Annuities were invented by the Roman’s thousands of years ago. 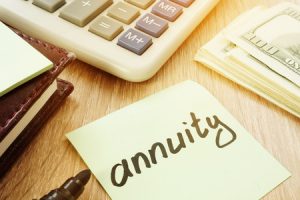 The Roman’s needed money to finance their campaigns to conquer and control the rest of the world. So they came up with the concept of an “annua”. If you loaned your money to the government they would in return provide you with an annual income for the rest of your life. The start of modern day tax deferred annuities came into existence here in the United States in 1912 just 1 year before income taxes actually came into existence. I know that doesn’t make sense to me either, it was probably the first of many to come tax loopholes.

Since then annuities have evolved into a more flexible, useful investment tool. I know you have probably heard bad things about annuities, but you need to consider the source. Financial magazines make their money from their advertisers not us the readers. Since most of their advertisers are Wall Street firms and banks they are never going to say something that would upset their clients. Since Wall Street can’t offer the guarantees of principle and such things as a lifetime income and banks can only offer lower returns because of their high overhead, you can see why they see annuities as competition rather than part of a sound financial portfolio.

I, unlike many financial professionals, do not believe that there is such a thing as a “one size fits all” perfect financial product. But I do believe that annuities are the perfect instrument for many scenarios, not all, but many. There are many varieties and benefits that we will discuss here and on the connecting pages including fixed, fixed indexed, immediate and split annuities. Annuities main benefits are in controlling income taxes and providing an income that can never be outlived not to mention the possibility of a better than average “safe money” return and yet as safe as any other product on the market.

The guarantees usually provide for $100,000 per person. The nice thing about these guarantees is that unlike FDIC insured bank accounts, not only is your principle guaranteed but so is at least a minimum amount of interest. The minimum interest guarantee varies greatly from company to company and from product to product, usually somewhere between 1% and 3%.

There are two other great benefits to annuities that need to be addressed here. One is the way that you are able to withdraw funds from the annuity without paying “early withdrawal charges” which you would find in cd’s and some mutual funds. With almost all annuities you are able to withdraw 10% of your balance with no penalty. Lets say for an example that you put $50,000 in a cd and $50,000 in an annuity and then an emergency came up and you needed to take $5,000 out. With the cd you would have to break the cd and you would be charged on the average 6 months worth of interest on the entire amount. In this case that would add up to $3,000. On the other hand you would be able to take the $5,000 out of the annuity and you would not be charged any amount at all. Let’s take that one step further and say you had to take out $10,000 instead. With the cd you would have the same result and have a $3,000 penalty. With the annuity in this case you may have to pay as much as 10%, but only on the amount over and above the free 10% withdrawal amount. In this case that would add up to 10% on $5,000 or $500 which is still a whole lot better than the $3,000.

The greatest benefit of annuities though, is the fact that they grow tax deferred. That means that here are no taxes paid on the earnings until you withdraw the earnings. You get to control when you pay the taxes on those earnings. This also gives us the power in many instances to control when and if we will pay taxes on other income such as social security incomer or even IRA withdrawals. Sometimes by setting things up correctly we can show people how through the use of annuities we can actually help them get a lot of their money inside their IRA’s absolutely tax free.